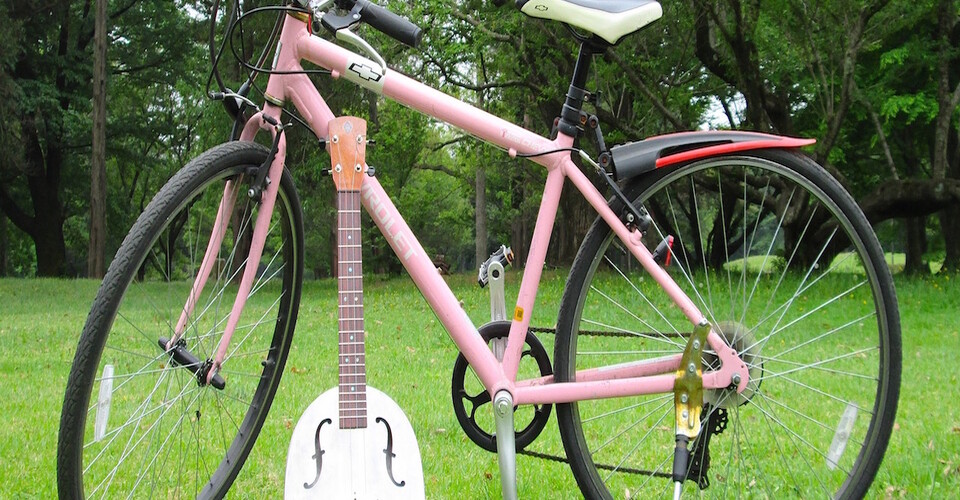 WebURL   Guitarras Artesanas Manuel Rodriguez
コメント The company dates itself back to 1905 when the current owners Grandfather first started work as a luthier in Madrid, Spain and there is a very full history of the company and the family on the website. From reading the history it is highly likely that the previous generations of Rodriguez made some Ukuleles but as there were not labelled it would be very difficult to prove.

On to Manuel Rodriguez III and the current set up. The firm has grown from a single luthier to a full blown factory and is in Esquivias, (between Madrid and Toledo, Spain), They have been one of Spain's biggest Guitar makers for a while now, making acoustic classical and flamenco Guitars and in 2013 they introduced a couple of ranges of largely handmade Soprano, Concert and Tenor Ukuleles to their catalogue using a variety of woods including this one called the signature because the sound hole is a stylised M R, part of Manuel’s signature

WebURL http://www.ukulelecorner.org.uk/home/in-the-corner/baritone/maya-japan
コメント Maya was a brand name owned by the Japanese distributor Rokkomann and in this case was put on a Ukulele made by Ryohei Tahara at his factory in Matsumoto (the Tahara factory wasn't around long and went bankrupt in the mid 70's. (Rokkomann then opened its own factory in Kobe calling it the Maya Guitar company and it only made guitars, but this was destroyed and Rokkomann went out of business in the Kobe Earthquake of 1995.
テナMayaは日本の代理店Rokkomannが所有ブランド名だったと、この場合には松本での彼の工場（田原工場は長いの周りではなかったし、70年代半ばに倒産した。で良平田原製ウクレレに置かれた（Rokkomannはその後開かれた神戸の自社工場は、マヤのギター会社呼び出し、それが唯一のギターを作ったが、これは破壊されたとRokkomannは、1995年の阪神淡路大震災で廃業した。